The German Motion Picture Fund (GMPF) – a funding programme of the Federal Government Commissioner for Culture and the Media (BKM) – supports the production of high end TV and VoD series as well as films. For 2021 the available funding budget has been increased to € 90 million.

The aim of the funding programme is to enhance the competitive strength and innovative power of Germany as a film location and to offer producers an incentive to produce new and creative formats. The GMPF is an automatic grant, meaning that it is awarded without a committee decision if all requirements are met and the requested amount is still available. It is non-repayable.

Eligible applicants are producers or co-producers with a registered office or branch in Germany who have already produced a film or series within the last five years.

The funding is available for fictional or documentary series and feature films with running times as followed:

The funded film or series must be released on German television or by video-on-demand services accessible in Germany.

The minimum production costs must be as followed:

There are no application deadlines, submissions are possible on an ongoing basis. Please note that the complete application must be received by the German Federal Film Board (FFA) no later than six weeks before the start of shooting or animation.

All application documents can be requested from the GMPF team. If you have any questions or need assistance with your application, please do not hesitate to contact us! 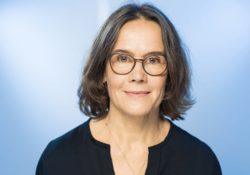